At the O2
On Friday 1st February, Mrs Poland and Miss Rock took a group of thirty-seven children from Hawkhurst Primary School to perform at the O2 Arena in London.  There were nearly 8,000 children there as part of the Young Voices choir. The aim of Young Voices is to inspire a love of music and create memories for the children that will last a lifetime – and that was certainly the case! They also raise money through ticket sales to support the Teenage Cancer Trust and the children brought tinned food gifts to donate to Fare Share.

We left school at 11am and went by coach to the O2 arena. We ate lunch at Five Guys – the staff were amazing and efficiently prepared our delicious burgers.  After lunch, we rehearsed for about four hours. As well as singing, we practised our dance moves. After the rehearsal, we ate a packed dinner.  The day flew by. Nervously, we took our seats in the Arena and waited for the audience to arrive. We were right at the front – probably the best seats in the house! And our parents had great seats too.

THEN WE DID THE CONCERT!!! It was amazing. We sang at the tops of our voices and danced away. Please watch the videos to see and hear some of our performances.

We have been rehearsing the songs since September. Some music was specially written for the performance, some were popular modern songs and there were some old classic tunes too. We were joined on stage by Beau Dermott. She was on Britain’s Got Talent and has an incredible voice. She is only 14 years old and she said that she remembered coming to Young Voices when she was in Primary School. We also sang with Sharlene Hector, who is the lead singer with Basement Jaxx. Then Miss Rock and Mrs Poland’s favourite part was when Tony Hadley came and sang with us. None of us had ever heard of him before, but the grown-ups went crazy for him! We helped him sing Gold! We loved it when Urban Strides came on and danced with us.

As we left the O2 we looked up and it was snowing. We were all excited by this – but the adults did not seem so keen. The journey home took much longer because of the snow. Most of us thought that was great because we could spend longer talking to our friends. We didn’t get back to school until midnight! Some of our parents were stuck in snowy traffic and didn’t get back to school until 1am. Luckily, Miss Rock had they keys to the school. We got PE mats out and snuggled down to have a nap until our parents arrived to take us home. Having a school sleepover just made an already amazing night into something really special. We can’t wait to go back next year! 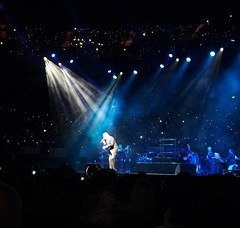 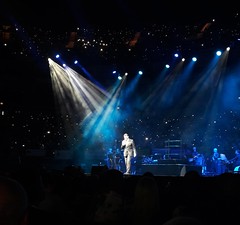 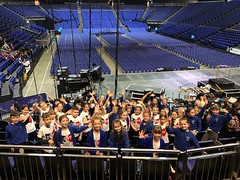 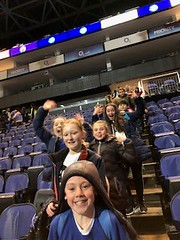 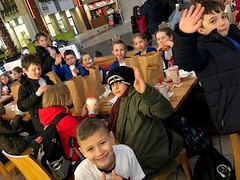 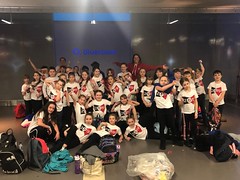 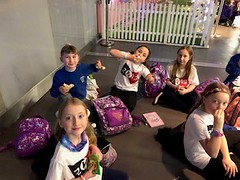 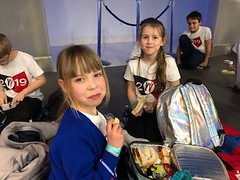 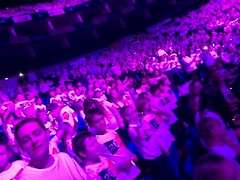 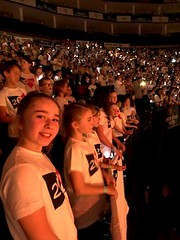 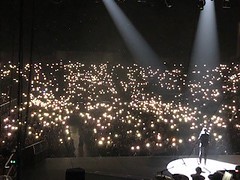 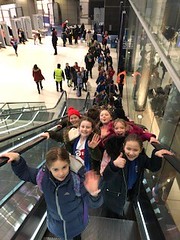